Neha Dhupia got a surprise baby shower: Check out the pics

Bollywood actress Neha Dhupia is going to deliver her second child soon. And these days, Neha is enjoying her pregnancy a lot. In the middle of her second pregnancy, Neha is taking special care of herself, she is doing yoga and exercise to keep herself and the baby fit & healthy.

Recently, Neha Dhupia had a surprise baby shower given by her friends. 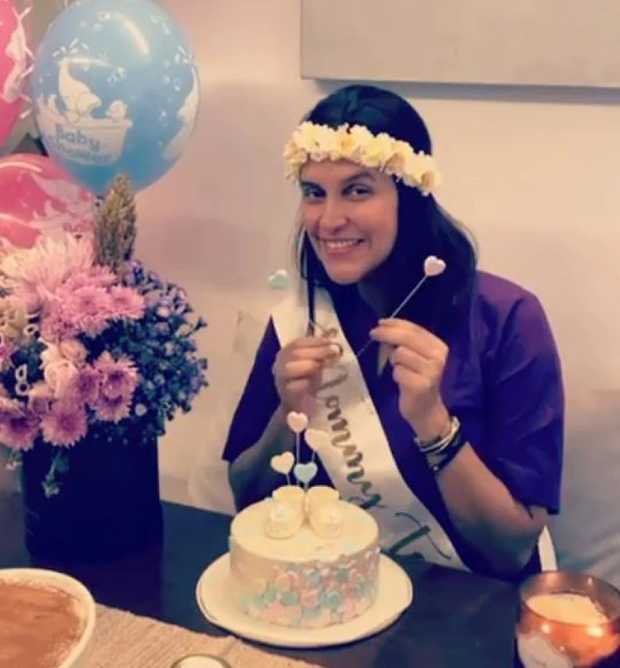 Neha has written in the Instagram caption that “I had no idea today’s day would pan out like this, the sweetest surprise baby shower. I have to say girls you caught your khuafiya Dhupia totally off Guard. Followed by an evening with our favourite massis in the making. I love you loads, agali baar ke surprise ke pehle thoda bata dena. Here’s to the one who made it and the one we missed… all my love always”

Neha’s husband Angad Bedi also posted a picture on Instagram along with the caption “ Baby shower No2”.

During the event, Neha cut a cute baby shower cake in a very gorgeous purple outfit. Also, during her second pregnancy, Neha Dhupia keeps on giving updates related to her health on social media.

During her pregnancy, Neha is living with her family, Neha goes for an evening walk daily to keep herself fit in the pregnancy. Along with this, she is also constantly keeping herself physically fit and active through gym and yoga sessions.

The second pregnancy is not easy for her, Neha Dhupia mentioned during her previous interviews. Angad also mention the same thing, “it is a different experience and it is not easy for Neha, but she maintains her enthusiasm. She has been working, working and completing all her projects keeping in mind the deadline. We are delighted to introduce a new member to the family. For me, Neha’s health comes first.”

Let us tell you that Neha and Angad got married three years ago. In November 2018, she had a baby girl named Mehr, Neha is often spotted outside with her daughter.

Kashish is a journalist with Mompreneur Circle. She has previously worked with Times Now as content writer. She loves writing, reading fictional novels, cooking and she’s really passionate towards her goal. You can connect her through mail mckashish02@gmail.com

wpDiscuz
0
0
Would love your thoughts, please comment.x
()
x
| Reply
Close
Do you already like us on Facebook?
Do not ask me again for Facebook
Continue to the article »